This Big Kmart store in Hendersonville, Tennessee has some interesting features that are shown in the pictures. The first, of the road sign, shows the newest Kmart logo - pretty rare for your typical Big Kmart in the South. However, as you can see in the background, the main exterior storefront signage is still the standard Big Kmart design of the 1990s. The second photo shows a relatively unique Big Kmart Garden Shop patio exterior. Since these pictures were taken in December, there was nothing growing and the external doors to the Garden Shop were locked, though one could go in through the store to see some bicycles blocking the Garden Shop exit and the usual array of hoses, garden tools, and stacks of bottled water somewhat haphazardly strewn about.
The street sign is updated and looks nice with the newest (which, at almost a decade old, has yet to appear on most Kmart stores) 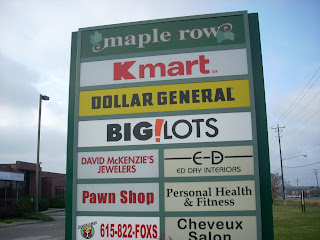 Dollar stores like Dollar General, Family Dollar, and Dollar Tree, while each store very small, should really be considered a potent threat to Kmart, especially when one chain alone has over 9,000 stores - small bites each, but together, a biiiiig competitor! And the dollar stores are pretty well run and evolving - such as adding better food sections (hint hint, Kmart) to draw more people. 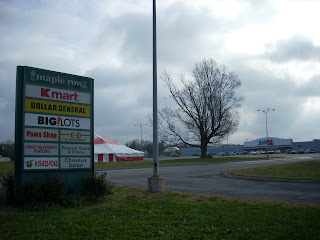 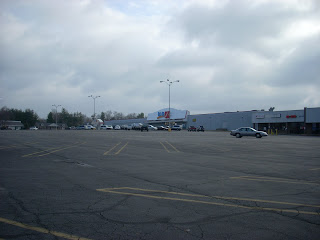 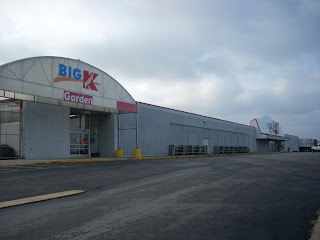 Haven't really seen this in very many places 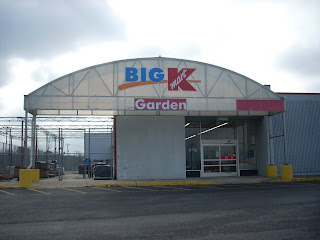 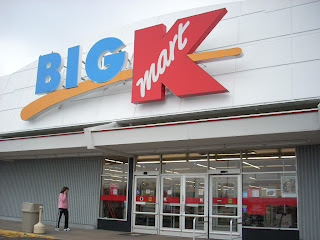 The interior picture of the center aisle of the store is shot from the rear toward the front, and you can see the "Thank you for shopping Big Kmart" signage that is found in most stores. The American flag seems to be a new and nice touch, though. The flag can be found at most Kmart stores nowadays. You can see the old-style large circular air vents, even! The store is organized such that the soft lines (clothing, shoes, and infants) and cashiers are on the right side upon entry, and everything else is on the left side. There were a lot of carts intruding upon the entry lobby space, and the atmosphere, well, it was fantastic for a Kmart fan but still cannot really compare to a Target or Wal-Mart. This store is fairly large and well organized, and there were plenty of salespeople and cashiers to help in the week before Christmas. In fact, there were more cashiers than shoppers checking out - plus, the cash registers were numbered 4-7. I believe they removed #1-3 to make room for seasonal merchandise, recognizing that four cash registers were plenty to handle the amount of business a Kmart does - but I wonder how Black Friday went with only 4 registers and the Customer Service desk? (Note: for comparison, the nearby Wal-Mart has 20 + 8 self checkout lanes; whereas other Middle Tennessee area Kmarts generally have 7 checkout lanes, even if only a couple are open at most times.) 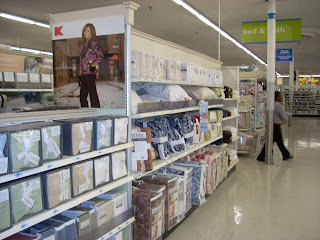 The standard fluorescent lighting that Kmarts have... wish they did an upgrade to the enhanced lighting that most Target stores have. 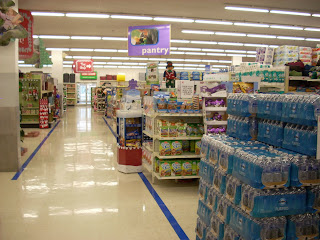 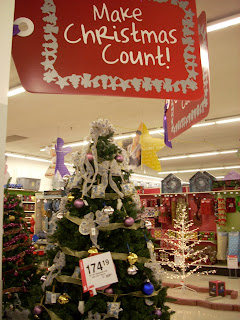 The rather unorganized garden center pseudo-outdoor area, but hey, it was winter, so I guess it didn't really need to be that organized. 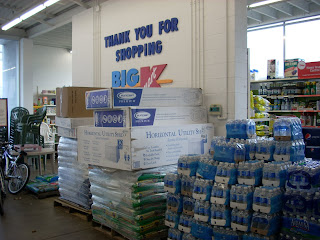 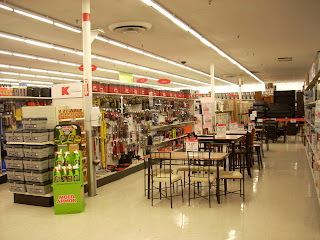 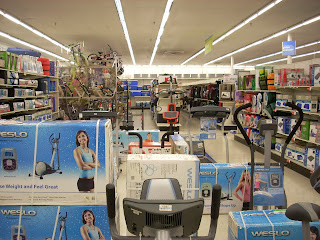 The Craftsman signage is already getting a little faded... 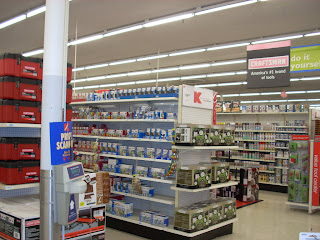 Cross-promotional ads for Sears auto centers, even though there isn't really one in town... 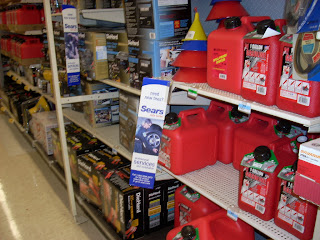 Electronics featured a flat-screen TV to welcome shoppers, but it wasn't showing anything much. 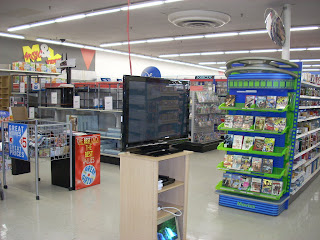 View from the rear of the store. 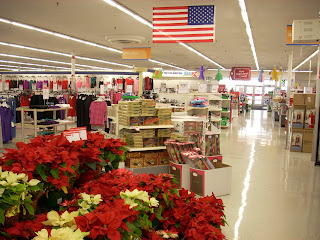 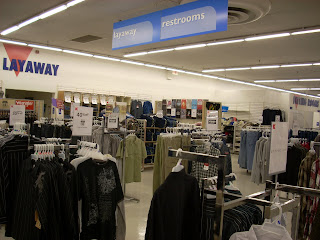 An old "Bluelight Specials" piece of equipment from the 2000's is hidden away in a corner. Kmarts seems to have many of these semi-abandoned corner areas.... 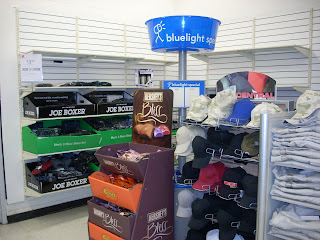 At least it was pretty well stocked... 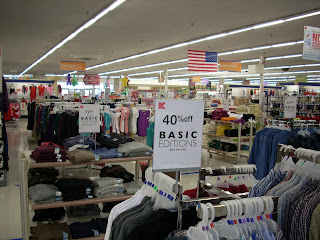 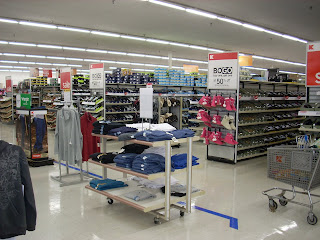 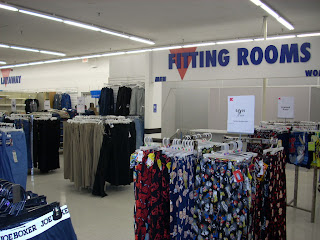 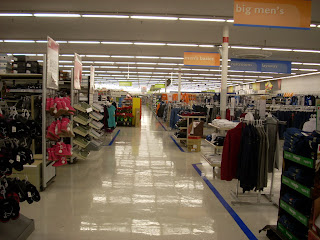 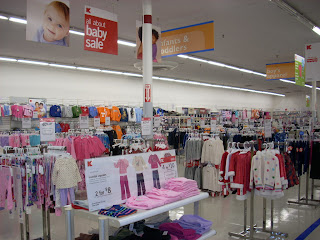 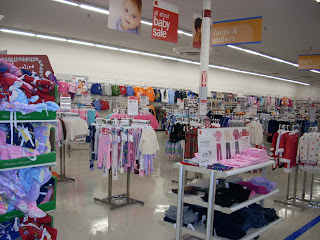 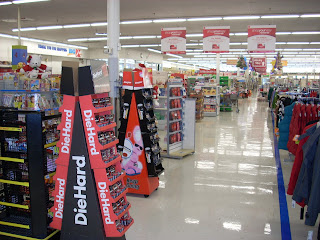 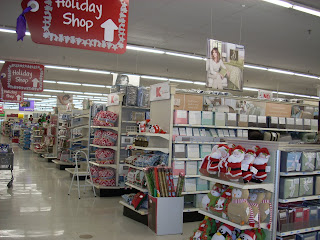 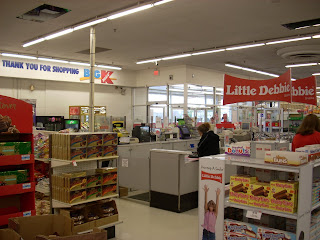 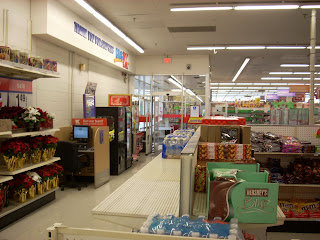 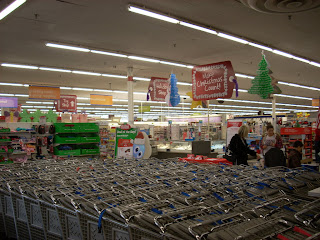 Ok, before we get too far into details, let's wrap up with the history and competition trivia. The 89,000 square foot Kmart opened in 1976 (any surprise from the standard 70's Kmart exterior facade so prevalent in the South?) alongside some grocery stores, but by 1991 the grocery stores were all closed, and by 1997 Eckerds left, leaving Kmart as the sole large/chain anchor. Today, some competitors to Kmart fill up the other major spots in the shopping center - Big Lots and Dollar General. In 1989, a Wal-Mart opened down the road, but luckily this Kmart survived... until 2005, when Wal-Mart relocated away from Main Street and opened as a 205,000 sq foot Supercenter. Somehow, this Kmart remains open as of 2010 though. The average household income within a 5-mile radius is almost $75,000 - not sure if this helps or hurts Kmart's business. The City of Hendersonville seemed to have wanted to "revitalize" this corner of the city center and make a new hip-urban lifestyle center, but from our visit, an aging shopping center still stands.

Overall, the interior of this Big Kmart is pretty standard and well-decorated and nicely stocked for a Kmart, but with some twists on the exterior signage. I'm surprised it remains open with a Wal-Mart Supercenter so close, but hopefully there is enough population to support both stores. All in all, a pretty nice, but aging, store.
Posted by kmart