And, for oldies, pics of a Big Kmart sign being removed:
http://www.morningsonmaplestreet.com/northadams34.html
Posted by kmart 2 comments:

Kmart exited (as in surrendered to the astounding numbers of Wal-Mart Supercenters and even the occasional SuperTargets) the Houston and southeast Texas market in its bankruptcy restructurings and massive store closings of 2002/2003. Here our blog takes a brief look at what is left now... mainly Sears stores! We are the Super Kmart Blogspot, but I suppose it wouldn't hurt to wander astray into a brief glimpse at Sears as well as some former Kmart locations.

Here is a former Big Kmart at Beltway 8 and Beechnut. It is now a thriving Asian shopping center anchored by VietHoa International Supermarket and Sun's Wholesale Club. Less than a block down the road, an Auchan Hypermarket also closed down, but don't worry, a Wal-Mart Supercenter has opened to replaced both... sadly. 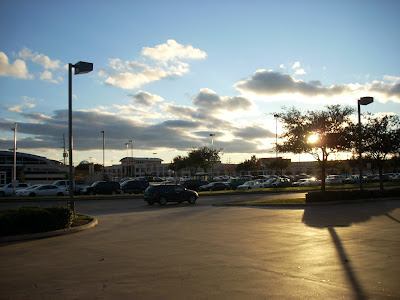 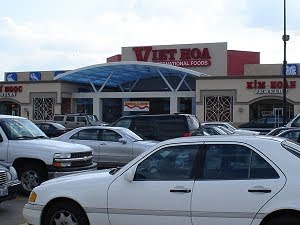 Here is a former Big Kmart in Sugar Land, next to First Colony Mall. The location is fantastic, as it is now also next to the Town Center, but I suppose the Kmart just did not attract enough crowds compared to the SuperTarget a couple blocks away, or perhaps it might've been profitable but was closed due to the entire Houston market exit. It is now subdivided into a bridal store, a shoe store, and others. 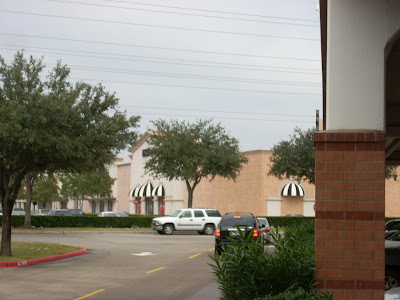 Here is a Sears Hardware store in Sugar Land/Stafford. The Randall's next to it closed a few years ago, as did an Albertsons across the street (when Albertsons also exited the entire Houston market several years ago), but a Wel-Farm supermarket still operates and a new H-E-B opened on the last street corner. Did you know that Sears is America's #1 volume tool retailer? 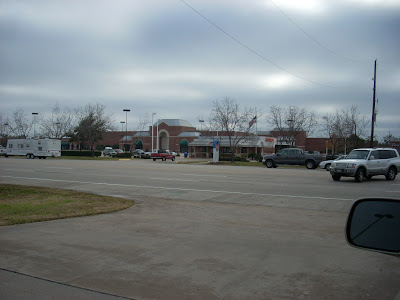 We didn't take pictures of the Sears at West Oak Mall or the Sears at Beechnut & US59 (the remains of a former Westwood Mall), but you can find some of those stores on LabelScar blog.

Finally, here is the Sears on Main/Fannin Downtown, a vintage look with a giant sign on top, complete with a really aging autocenter. Inside it's a little better, luckily. 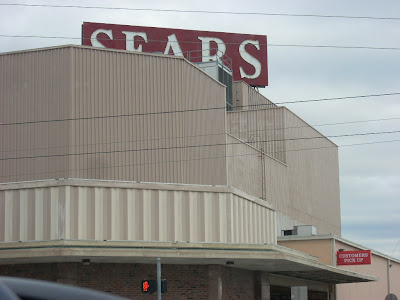 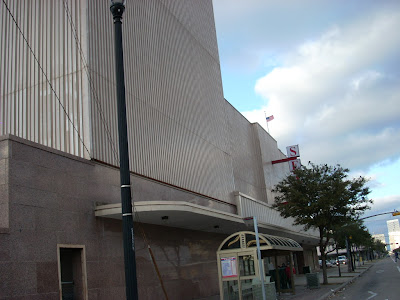 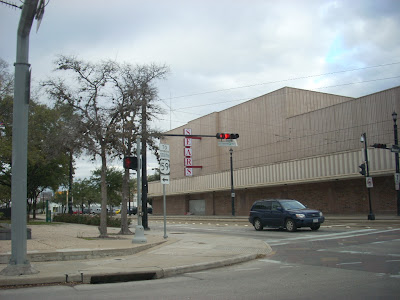 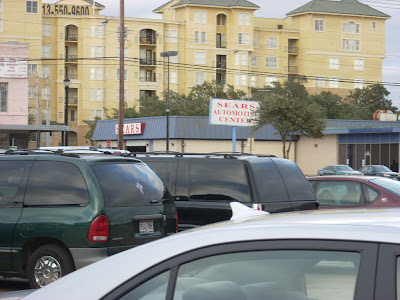 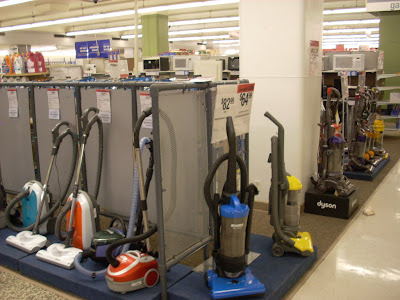 Did you know that the only major retailer to offer all the top 10 brands of large consumer appliances is Sears? Well, kind of cheating since Kenmore is a proprietary brand... 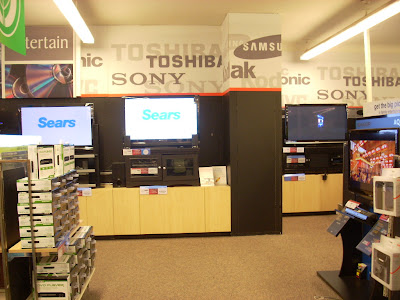 Note the ads for Layaway on the TV screens; something Sears has re-implemented as a result of its supposed successes at Kmart. 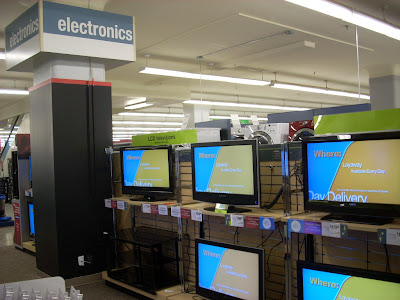 Did you know that as America's #1 appliance retailer, Sears sold more major home appliances than Lowes and Home Depot combined in 2008? Quite surprising! Granted, Sears doesn't come close to owning almost 50% of the market which it did as little as 15 years ago, but it still is #1 as of now.
Kind of odd for a store to have a clock (see upper right corner, below): 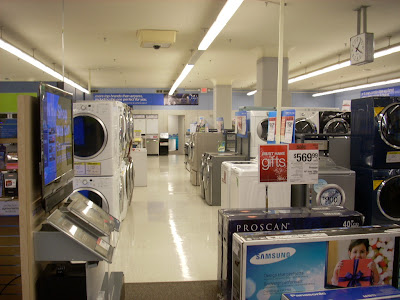 Only a small number of pictures (none of the clothing sections, Craftsman tool headquarters, etc) because this isn't a Kmart, haha!

Next time: more Kmarts and the KmartWorld photo contest we entered!
Posted by kmart 4 comments: