After reading a good Labelscar blog post on it, we had to share. Why? This is (supposedly) the only shopping center in the country with both a Wal-Mart and a Kmart sharing the same building! See our Mesa, AZ post about a Target and a Kmart in the same plaza (though separate buildings), and a Big Kmart and a Wal-Mart Supercenter sharing the same parking lot (literally feets from each other) in Gilette, WY. But supposedly this is the only example of Wal-Mart and Kmart in the same building... very surprised the Kmart still exists. The mall opened in 1970 with two anchors; Kmart opened in 1976 replacing Grant City, while Walmart opened around 2002, replacing the defunct mall anchor Bradlees.
The Labelscar post: http://www.labelscar.com/massachusetts/new-harbour-mall

Some pictures from websites:
An old (2001ish) one: 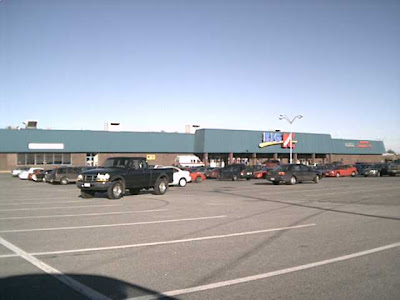 From the mall management website, note the Wal-Mart on the left and Kmart on the right.

There are more cars on the Wal-Mart side. 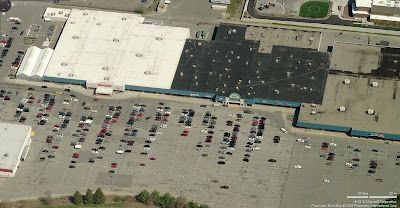 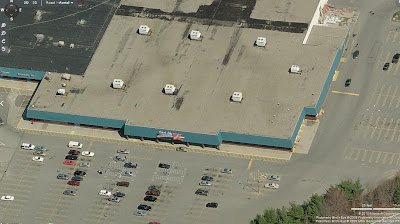