This is a nice blog post with pictures of a Kmart store closing down in 2009 in Columbia, SC
http://columbiaclosings.com/wordpress/?p=502

Well, so originally the idea for this blog was to post original photos of a tour Kmart stores that this blog team visits. However, we think we're going to expand to include more "commentary" posts, company news and press releases (like the previous fashion Look Book post), and inclusion of photos drawn from around the 'web. Like this post. (Photos taken from Microsoft's Bing Maps Bird's Eye View and Google Maps, and this post from Holcombe of Hidalgo on Flickr)

Anyway, we were intrigued by this photo: 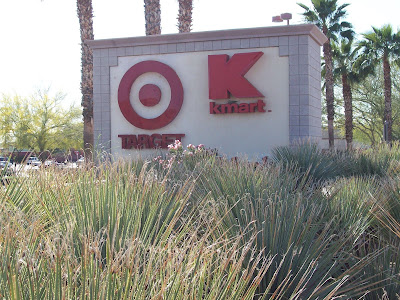 Yup. That's right. A Kmart and Target in the same shopping center. Maybe not so unusual for 2 to be in the same block. But next to each other? And without the Kmart shutting down?? 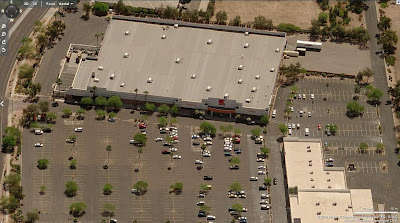 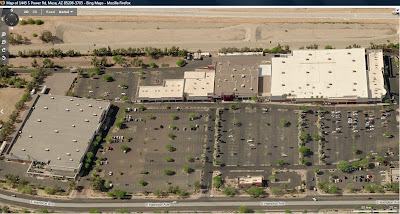 Not sure why the Kmart survived (still open as of Dec 2009) when strategy seemed to be close stores whenever competition moves in. However, it does look to be remodeled on the exterior, so perhaps that should teach management a lesson - remodeling is crucial for business! And, it seems a nice, remodeled Kmart CAN compete with a Target. Anyone know of any other places where a Kmart and a Walmart/Target are in the same plaza? If so, leave a comment and maybe we'll dedicate a post to you & your store! For example, there's one at 2150 S Douglas Hwy, Gillette, WY 82716 where the Big Kmart shares a parking lot with the Wal-Mart Supercenter. (What?? How is the Kmart still alive? What is the target shopping audience?) 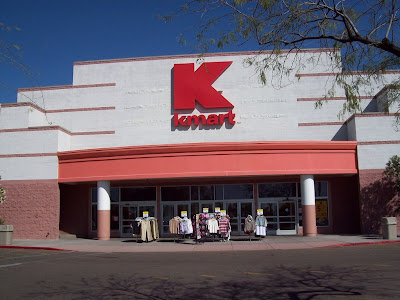 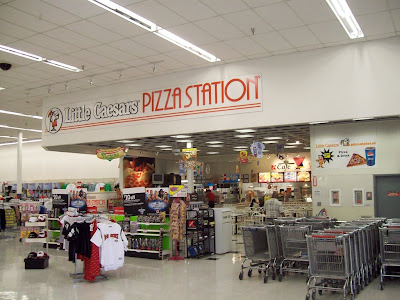 Edit: By compete, we mean still exist. As in still in business post-bankruptcy (2002) and post-Sears merger (2005), since which over 1/3 of Kmart stores (only 1,300 stores remain in 2009 from over 2,114 pre-bankrupcty in 2002... but locations started closing in the late 1990's). To our (limited) knowledge, there have been no new Kmart store openings in the US since then. The only expansion could be a handful of new Sears Grand stores.